Looking back at the typhoon "Hawthorn" landing site today

Typhoon "Mangosteen" roared from the depths of the Pacific Ocean

Storms and whistling in front of people

The tree fell, the exclamation 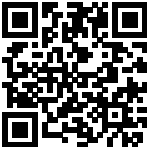